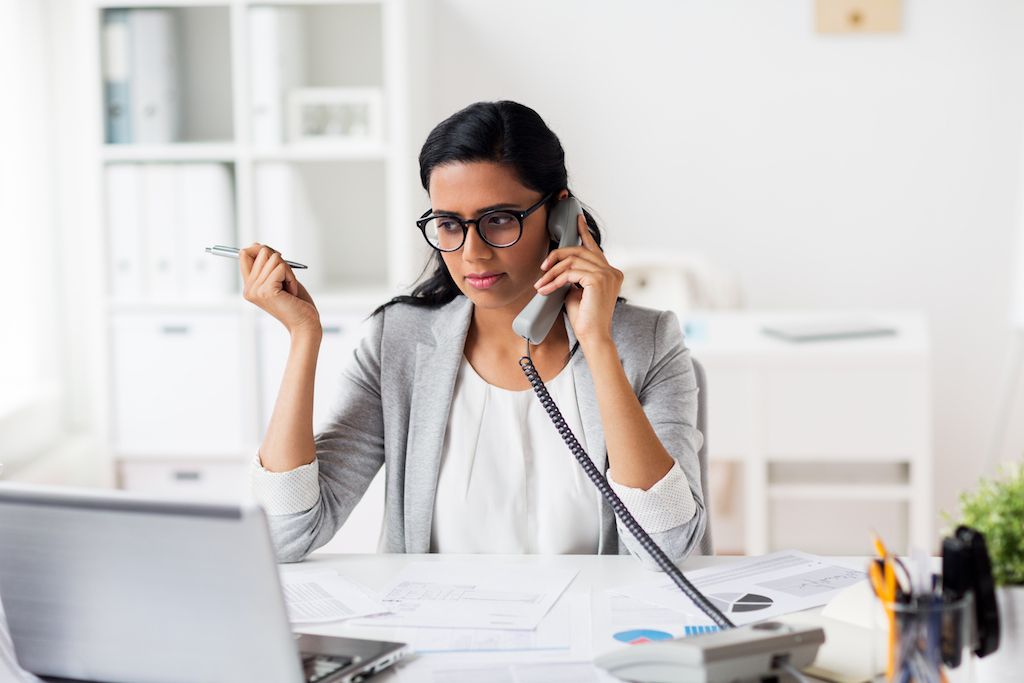 Most people are used to the old fixed telephone system, for instance, the one found in your accountant’s office. A fixed telephone links users throughout the office using multiple connections such that a receptionist is able to receive calls, schedule appointments for callers or send calls to the right person. Fixed telephones are controlled by big boxes in the equipment room that is dusty, expensive, and outdated.

Fixed telephones were very useful in the past decade but have today been phased out by VoIP which is more technologically advanced. Hosted VoIP service provides a win-win situation for both the company and its clients. A company gains a variety of ways to reach out to its clients such as social media, emails and instant messages. The internet and virtual media have transformed communication, but real voice conversations still reign supreme. Phone calls are not to be taken lightly. Luckily, some businesses have effected changes in their telephone systems to cater for the present dynamics in communication. However, the market has a wide variety of current communication technology to offer, which can bring confusion to a buyer. Small businesses can opt for the following phone systems for use in their offices:

Pros: The system is inexpensive to buy, can be directly bought from big box and electronics stores.

Cons: The system can only receive four inbound calls at a time, the user has to set up the system on their own and has limited functionality.

The system can perform more functions compared to the basic office system. Among the system’s functions include; music-on-hold, auto-reception, paging, call parking, and intercom. In addition, On-premise PBX system can support a large number of Plain Old Telephone Service (POTS) lines. A business phone system can be purchased or leased and operates from the seller’s physical site.

Pros: Has more functionality compared to the basic office system, can receive a higher number of calls simultaneously, can accommodate additional hardware to match business growth.

Cons: The system is expensive to acquire thus many businesses hire it on service contracts. Users are charged for making changes or upgrading services not covered in the contract.

The system works like the On-premise PBX system, only that business phone service is VoIP-delivered. The phone system is leased on a maintenance contract from the provider but the internal IT personnel can conduct its day to day maintenance. The type of phone system for business is commonly used by hotels, governments, and large organizations.

Pros: The system can perform more functions compared to the traditional On-premise PBX systems, phones can be located in different buildings, they are easier and less costly to manage since they have monthly subscriptions, and some can accommodate mobile phones.

Cons: The system is expensive to acquire for small businesses. The service is unavailable in the event of internet outages. Equipment and software obsolescence due to technological advancements.

The system is similar to On-premise VoIP system, only that there is no requirement for users to buy or lease a physical PBX phone system. Majority of cloud-based systems use the per-user license like G Suite and Office 365 do. Voice services are accomplished using a client’s phones, by use of software installed on the computer, or through different SIP-enabled phones provided for free by the system provider. The system can be regularly updated without the users having to purchase new equipment or license for use. Cloud-based systems are the most rapidly changing business communications tier.

Pros: Monthly cost per user can be predicted, the system can easily be maintained internally, cloud-based apps-compatible with Office 365, Salesforce, and G Suite. Changes to the system are automatically upgraded. Cloud-based PBX System can be used for small business VoIP and in large businesses. Hosted VoIP service has rich features such as virtual phone numbers, SMS, and call blocking. Additionally, calls can be forwarded to mobile phones when the internet is not working.

Cons: The system is reliant on the internet, monthly cost per user might exceed that of an On-premise PBX system in large organizations, and some services can be terminated by the provider.

Voice over Internet Protocol (VoIP), enables voice calls through the internet rather than on a telephone network. Session Initiated Protocol (SIP) is the medium upon which VoIP travels. VoIP communication systems are set up in PBX format such as the office phone.VoIP service is clear and enables call analytics to be collected, making video calls, and entertaining your callers.

When you are ready to upgrade your business phone system, give VentureTel a call and our local team will be ready to help you out.