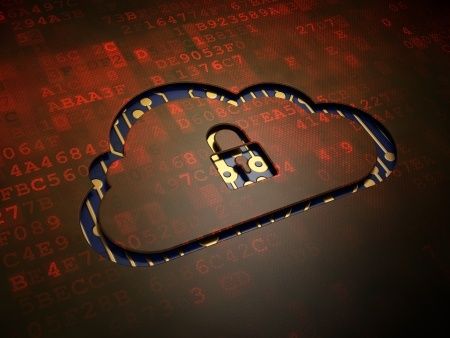 VoIP Security: Is Your Provider Taking Your Security Seriously?

Everything online is subject to security issues that compromise businesses and users. As legitimate providers of popular services, hosted VoIP service providers have to be willing to deal with and eliminate security issues that are assaulting services provided- so that users like you know exactly what’s happening, and how to best defend your small business VoIP service- who are often the ones who are impacted the most when security breaches occur- a common reality of the modern digital age.

Often basic levels of security issues begin when various credentials are stolen and subsequently sold on the black market- which creates various rampant levels of theft of services. Sometimes however, it’s a bigger issue all together and the International Revenue Sharing Fraud- known for defrauding national carriers to disrupt and hijack carrier agreements that interconnect locally.

So how can you secure your services? While this is highly debated by some; the first steps to deal with security is to heighten the safety measures on your particular network to build stricter standards that control your passwords. The first step is setting passwords that discourage extension code use by avoiding sequential patterns with strong passwords. The problem is that extremely difficult password patterns can be as frustrating for users as they are for hackers!

Other measures can be pretty extensive- for example, migrating to cloud based phone services, or increasing encryption and physical security of important or fragile servers used to house user access credentials. Furthermore, these carriers typically enable fraud detection software that alerts them when suspicious call routing requests are performed.

Can Service Attacks on VoIP be Completely Denied?

Realistically, VoIP service attacks are no different than DoS attacks, because they are usually malicious in intent and choose one target at a time that originate from multiple attacking points (typically unaware compromised computers) that are sending massive voice traffic to the target, and anything that reaches the target will have it’s services affected to other users.

Attacks can not be concretely prevented, thus is the nature of hacking and programming to prevent hacks. Carriers can only follow so many options: choosing to use session border controllers with anti DoS measures, or caller identification systems which identify authenticated accounts and calling numbers through various certificates that tag and block malicious calls.

Call interception doesn’t just happen to the rich and famous, or just politicians. Everyone can be targeted, and the threat is very real- and often the effects on smaller individuals are easier and more fruitful, because of lax security measures. These types of attacks have various purposes, but as a user, you should always be wary of it, so that you can initially plan and propose countermeasures to avoid data transmittance. You can capture call data through access to networks that calls travel on, and even intercept calls through various proxies, which then act as microphones, recording calls.

If you’re encrypting your calls, you may be able to slip past this VoIP problem, leading to increased physical security of your most vulnerable areas- where increased security is nearly a requisite.

We all know what Malware is- it’s software that attempts to control a system to use it to procreate and attack other vulnerable computers. These types of attacks are referred to as worms, although some are “injected” through signaling processes and other types of media sessions, which poisons your local system, and if left unchecked- those around it.

What exactly do these worms do? They open up the insides of your VoIP network, media, and signaling structure to hack into your PBX, databases, user accounts, even your credentials and more, simply to exploit your system to further attack your business.

Counter measures typically always include the implementation of deep packet inspection to filter packets that may contain spam or other viruses or intrusions.

Obviously, the idea is that you won’t need to protect yourself from a possible breach of your security, but if you do- it’s always better to be safer than sorry. You have to constantly monitor how your system is performing, and exactly how to better implement methods to monitor and safeguard your system as a preventative wall that’s protecting you against malicious activities.

This includes utilizing 24/7 services to guarantee VoIP testing with anti-hacking tools like VoIP Spear, while also putting stronger, stricter passwords into play to maneuver around attacks and physically guard your network. If your VoIP service doesn’t take your security seriously, it’s time to move to a more secure VoIP service provider for small business, a hosted VoIP that has more options or even cloud based phone service- anything that takes your security seriously.